Need a Cleaning Service? We can help!
We hope to see you soon! in the meantime please fill out the form provided and a representative will get back to you as soon as possible: 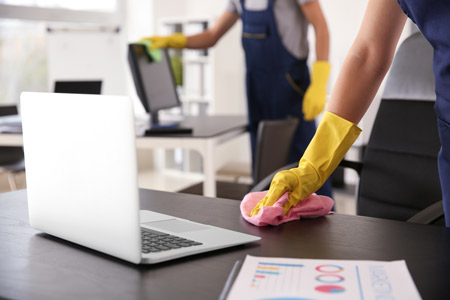 PDX Cleaning offers premier maid services for office cleaning in Portland and the surrounding cities. Your office can be clean at all times if we handle the cleaning and maintenance you require. Our office cleaning will do a full sweep of your business so you can have the peace of mind of knowing that you will arrive at a clean place every single day.

The answer here is yes. Office cleaning can definitely go along way toward promoting better health by decreasing irritants in the air as well as reducing viral and bacterial agents. A healthier environment amounts to healthier employees—which means fewer sick days!

One issue that is always a concern with office cleaning is trust. Cleaners often come into the office when everyone is gone. They need access and are often in the building while everyone else is gone. At PDX Cleaning, all our employees go through a thorough background screening. We always have a supervisor on site to ensure quality and safety, as well as acting as the only key-holder. We are also licensed, bonded, and insured for your safety.

Ask us for our list of references. We are happy to pass along the many names and numbers of office cleaning clients that are thrilled with our services. We truly care about customer satisfaction—that’s why we guarantee it! If you don’t like something, let us know and we will come back and get it done to your specifications.

We offer all our office cleaning customers several cleaning package options to ensure you find something to fit both your needs and your budget. No matter what package you pick, we do all our cleaning with an eye for detail. We use non-toxic cleaning agents, to make sure there is no residue left to irritate employees or customers with sensitivities to harsh cleaning agents. When it comes to us, we think of everything.

Our Office Cleaning Services are available in these areas to serve you:

We proudly offer other services in Portland, OR: 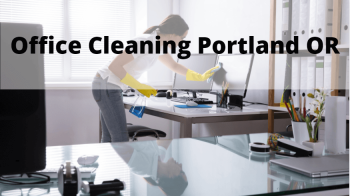 Portland is the largest and most populous city in the U.S. state of Oregon and the seat of Multnomah County.

As of 2019, Portland had an estimated population of 654,741, making it the 26th most populated city in the United States, the sixth-most populous on the West Coast, and the second-most populous in the Pacific Northwest after Seattle.

Approximately 2.4 million people live in the Portland metropolitan statistical area (MSA), making it the 25th most populous in the United States.

Its combined statistical area (CSA) ranks 19th-largest with a population of around 3.2 million. Approximately 47% of Oregon’s population resides within the Portland metropolitan area.

Named after Portland, Maine, the Oregon settlement began to be populated in the 1830s near the end of the Oregon Trail.

Its water access provided convenient transportation of goods, and the timber industry was a major force in the city’s early economy.

At the turn of the 20th century, the city had a reputation as one of the most dangerous port cities in the world, a hub for organized crime and racketeering.

After the city’s economy experienced an industrial boom during World War II, its hard-edged reputation began to dissipate.

Beginning in the 1960s, Portland became noted for its growing progressive political values, earning it a reputation as a bastion of counterculture.

The city operates with a commission-based government guided by a mayor and four commissioners as well as Metro, the only directly elected metropolitan planning organization in the United States.

Portland was the first city to enact a comprehensive plan to reduce carbon dioxide emissions.

In 2018, a national survey ranked Portland as the 10th greenest city in the nation.

Its climate is marked by warm, dry summers and cool, rainy winters. This climate is ideal for growing roses, and Portland has been called the “City of Roses” for over a century.